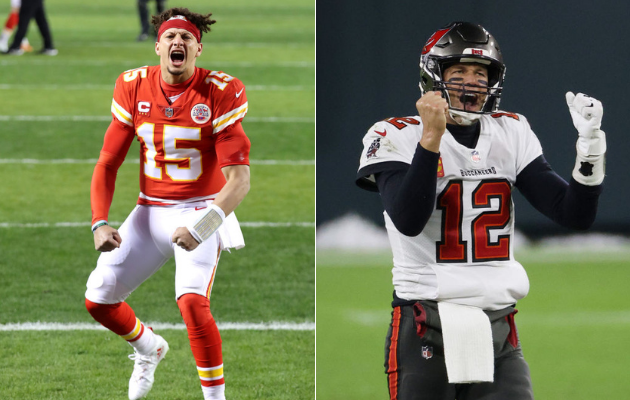 Super Bowl LV will be one of the best quarterback matchups, the current phenom against the greatest champion to date.

Patrick Mahomes and Tom Brady will battle for the fifth time in their careers. So far, each QB has won twice.

Back in Week 12, Mahomes beat Brady and the Bucs in Tampa, 27-24. The two teams will return to Raymond James Stadium, but the prize is so much greater.

Lombardi awaits. Here’s how we got the NFC and AFC Champions.

The entire game, the referees let the players play. Both team’s defensive backs were grabbing the other team’s wide receivers, and vice versa.

However, when the game mattered, the refs finally threw a flag for defensive pass interference on Green Bay’s (and former UW Husky) Kevin King.

Now, there’s no denying that King pulled on Tyler Johnson’s jersey, but why wasn’t that called throughout the game? Also, the pass was several steps away from being catchable. And yet, it’s the play that sent Tampa Bay to the Super Bowl.

Honestly, that iffy call — considering how the game was called up to that point — against King is fitting considering he gave up big plays throughout the game. King might have deserved the game’s MVP award on behalf of Tampa.

King was beat by Mike Evans and Scottie Miller for a pair of Tampa’s first half TDs, and then the late penalty sealed it for King’s trifecta of terribleness. Oof.

In the first half, Brady put on a third down clinic against the Packer defense. On Tampa’s opening drive, they converted all three third-downs they faced.

On the Bucs next drive, Brady hit Godwin for 52 yards on third-and-nine. Leonard Fournette ran for a 28-yard TD on the following play.

After a rare Aaron Rodgers interception, Brady didn’t convert on third down. Gasp. But head coach Bruce Arians went for it on fourth down, and Tampa converted. The next play, Brady launched a ball — over King — to Miller for a 39-yard TD with one second left in the first 30 minutes.

To their credit, Rodgers and the Packers fought back to within five points twice, but they never got a lead. Rodgers asked his defense to get a stop after GB got to within 28-23.

“Ask and you shall receive.” The defense got a stop… twice… on consecutive Tampa drives in the form of Jaire Alexander interceptions. However, the Packers didn’t score after either INT.

By the time Rodgers led the Packers down the field in the fourth quarter, after a Tampa field goal, it was too little too late. Also, he had a chance to run for a TD, but threw into double-coverage. Then, GB kicked a FG (what?!) and never got the ball back.

The Buccaneers become the first team to play the Super Bowl in their home stadium. Tom Brady’s tenth trip to a Super Bowl, obviously his first in Tampa.

The Bills must have missed last year’s postseason run from Kansas City. The Chiefs came back in each of their postseason games last year, and Sunday’s game was just a replica of last year.

Buffalo jumped out to a 9-0 lead thanks to a Mecole Hardman muffed punt. However, a missed PAT kept the Bills from a 10-0 lead. KC didn’t care how many points they were down.

The Chiefs rattled three straight touchdown drives consisting of 14, five and nine plays and at least 77 yards. Buffalo blinked and was suddenly down 21-9.

Next the Bills followed the Packers model of strange times to kick a FG. On fourth and goal, with 21 seconds left, Buffalo didn’t go for the TD and instead made a field goal to trail KC 21-12 at halftime.

Neither team punted in the third quarter. The Chiefs scored 10 points while the Bills kicked another field goal.

Then, Josh Allen started driving Buffalo downfield, but the drive ended in the fourth quarter with an interception that slipped right through the fingers of Bills WR John Brown.

I can’t believe I made it this far without mentioning Kelce or Tyreek Hill. Both were phenomenal, as usual.

The Chiefs will try to become the first back-to-back Super Bowl Champions since — you guessed it — Tom Brady’s Patriots did it in Super Bowls 38 and 39.