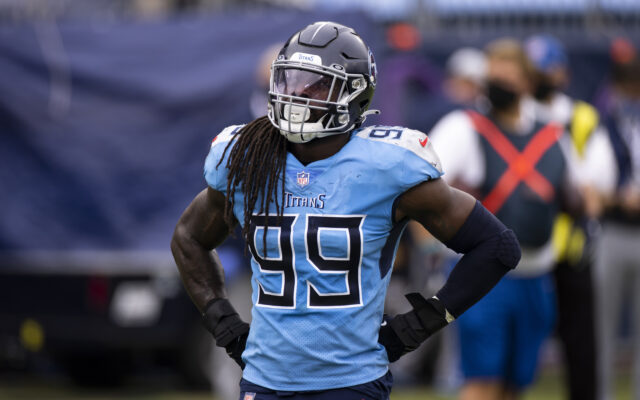 After five seasons with Houston, Jadeveon Clowney will play for his third team in three seasons. The Cleveland Browns signed the former 2014 No. 1 pick to a one-year deal worth $10 million.

Clowney played in just eight games last season with Tennessee before being injured in November. He had surgery to repair his left meniscus in December.

The three-time Pro Bowler finished with just 19 total tackles (14 solo) and no sacks last year. The season prior (2019-20), with Seattle, Clowney played 13 games with 31 total tackles (21 solo) and three sacks.

Before the past two seasons, Clowney hadn’t played less than 14 games since his second year (2015-16). He hadn’t recorded lower than 40 total tackles since his rookie year when he only played four games.

Also, Clowney recorded at least 4.5 sacks every season except his rookie year and the last two seasons — with Seattle and Tennessee.

Now, the 28-year-old gets to team up with a fellow No. 1 pick, Myles Garrett (2017). So, if nothing else teams will have to decide who to focus on: Clowney or Garrett.

The last three seasons, Clowney and Garrett have ranked fifth and third, respectively in “pass rush win rate,” according ESPN Stats and Info. ESPN defines pass rush win rate as “how often a pass-rusher is able to beat his block within 2.5 seconds.”

Clowney won 25 percent while Garrett did it 26 percent of the time.