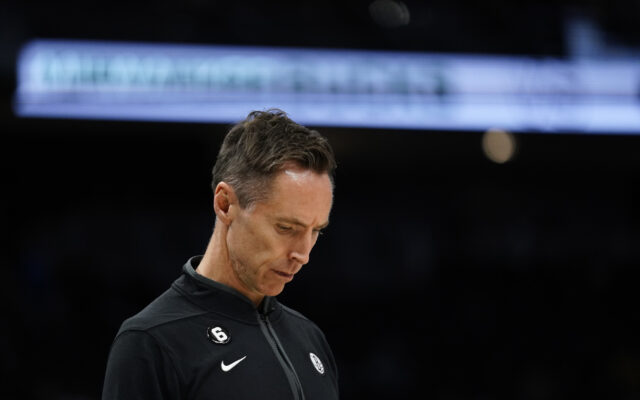 Steve Nash is out as head coach of the Brooklyn Nets, the team announced Tuesday.

The decision to part ways was mutual between the Nets and Nash, sources told ESPN’s Adrian Wojnarowski:

Decision was mutual with Nets and Nash, per sources.

“We want to thank Steve for everything he brought to our franchise over the past two-plus seasons,” general manager Sean Marks said in a statement Tuesday. “Since becoming head coach, Steve was faced with a number of unprecedented challenges, and we are sincerely grateful for his leadership, patience and humility throughout his tenure. Personally, this was an immensely difficult decision; however, after much deliberation and evaluation of how the season has begun, we agreed that a change is necessary at this time.”

In a separate statement, Nash thanked Marks and team ownership for an “amazing experience with many challenges that I’m incredibly grateful for.”

The Nets have gotten off to a 2-5 start with Ben Simmons struggling on the court and Kyrie Irving proving to be a distraction off the court.

Jacque Vaughn will be the acting coach while Brooklyn pursues their new head coach. The team is expected to inquire about suspended Celtics coach Ime Udoka, Quinn Snyder, and other.