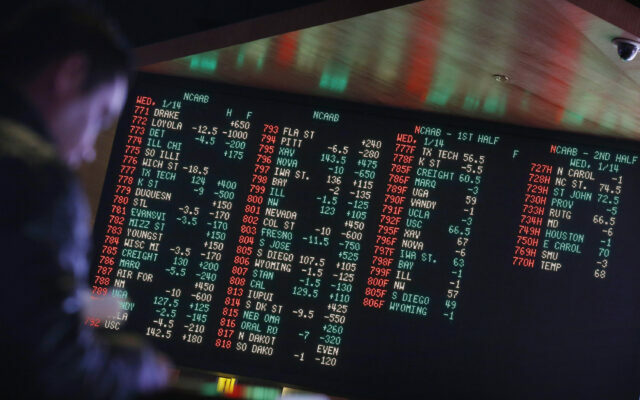 Both Judah and Steven continue to win.  As Judah is fighting to get back to .500.  Steven continues to go 2-1 on his best bets.  For those of you who didn’t watch the Kansas State @ TCU game.  It was heartbreaking.  A big reason why Steven bet on Kansas State was quarterback, Adrian Martinez.  Martinez got hurt on the first drive of the game and didn’t come back.  Backup Will Howard came in and led the Wildcats to a 28-10 lead.  But TCU scored the final 28 points and win 38-28 to keep Steven from getting his first 3-0 week since week 1.  And he was very salty coming in to the office today.  Here’s hoping for a 3-0 week this next week for both of the guys.  And here were the picks from the guys for week 7 of the college football season.

Steven Vaughan also hosts Bet The Game on Sunday from 9-10 am previewing all the NFL line moves, and gives out his best bets there as well.  It has been a struggle in the NFL for Steven.  And this week there was no change.  The Seahawks saved him from a disaster week, but at 1-2 on the week and 6-8-1 on the season.  There is a lot of improvement for Steven