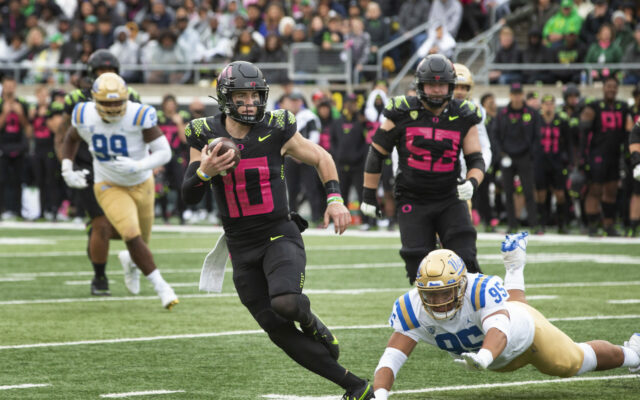 Oregon Ducks quarterback Bo Nix was named the Pac-12 Offensive Player of the Week on Monday.

Nix finished 22 for 28 passing against the Bruins for 283 yards and the five scores, without committing a turnover.  He also had 8 carries for 51 yards.

Oregon has won six in a row since dropping their season-opening game against Georgia, the top-ranked team in the country, 49-3 in Atlanta, Ga.

Center Alex Forsyth was named the Pac-12 Offensive Lineman of the week.  Oregon racked up 262 rushing yards and did not allow a sack for the sixth time in seven games.