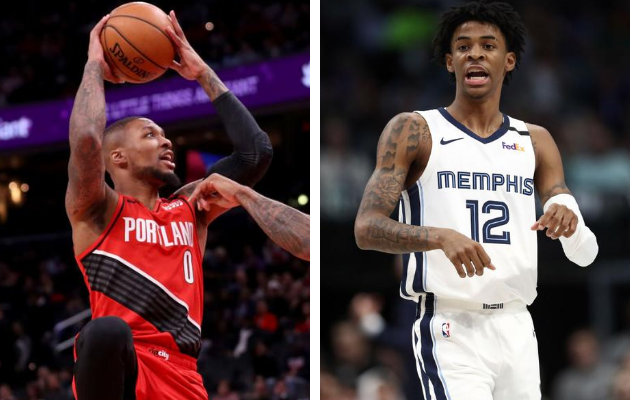 While some of you are reasonably skeptical that Portland will make the playoffs, the Blazers fight to earn the No. 8 seed starts on Friday.

Portland will face the Memphis Grizzlies, the team they trail for the last spot out West, in their first game.

Let’s just dive in, what are the keys for the Blazers to start NBA restart off right?

This may seem like an obvious key, but hear me out. Damian Lillard played in just one of the team’s three scrimmages. He sat out against Toronto with reported left foot inflammation, and then he was given off for Tuesday’s OKC game as well.

In the one game he played, Lillard’s stats weren’t great, but remember it was just a scrimmage. He played in 20 of the 40 minutes and collected four points, seven assists and two rebounds. The concerning aspect is Lillard shot just 1-of-5 from the field (all were three point shots).

If Portland is going to have any chance at the playoffs, they need Dame. Jusuf Nurkic said it best.

“If you have Dame, you have a chance.”

With Lillard playing, hopefully healthy and rested, Portland will have a great chance to start off the eight-game, play-in restart on the right foot.

Blazer Big Men Compliment Each Other

One of the biggest questions about the Blazers return centered on the front court. How will Terry Stotts use Hassan Whiteside, Jusuf Nurkic and Zach Collins?

Well, through three scrimmages, we’ve seen them play together in pieces. Is it sustainable to throw Whiteside and Nurk out there together? It looked pretty good the other night.

Can Nurk and Collins stretch the floor? The Bosnian Beast is 2-for-8 and Collins is 2-for-4 (including 2-2 on Tuesday).

Stotts has his work cut out for him to figure out how well each configuration works, whether it’s Nurk and Whiteside, Nurk and Collins, or Collins and Whiteside. Honestly, I think we’ll see Nurk play with both Whiteside and Collins in the first three quarters, but when it’s crunch time, expect Collins and Nurkic to be on the floor.

The (expected) Rookie of the Year is going to be a handful, he has been all season. If you want to argue for Zion Williamson, you won’t win me over. The Pelicans rookie only played in 19 games before the stoppage, that’s not enough to win RoY.

In the Grizzlies three scrimmages, Morant improved each game. Against Philly, he scored just seven points, but also dished eight assists in 26 minutes. Then, Morant put up 17 and nine in 31 minutes versus Houston. Finally, he went off against the Heat with 22 points and 12 assists in 28 minutes.

Holding Morant under his averages in points and assists will be difficult, but if Portland can it should spell a Blazer victory.

The problem is Memphis overall is a well-balanced team. The Grizzlies have five players who have played at least 50 games who average 10-plus points a game.

So, even if the Blazers limit Morant scoring-wise, they’ll need to be diligent on defense because everyone on the roster can score for Memphis.

Also, causing Morant to turn the ball over would help, he averages 3.2 turnovers per game which is 12th-most in the NBA. Speaking of turnovers…

Take Care of the Ball

The Blazers were the fourth best team in the NBA when it comes to turnovers per game (13) while Memphis was sixth worst (15.3) when the season paused in March.

Usually, the goal of staying under 10 turnovers is attainable and reasonable to expect for a team to win. At worst, the Blazers goal should be to just have fewer turnovers than the Grizzlies.

The best way to beat a young team like Memphis is to force turnovers and make them play catch up. If Portland can win the turnover battle, they will beat the Grizzlies.

The Blazers will be without Trevor Ariza, who is the best on the team per game steals (1.3) this season.