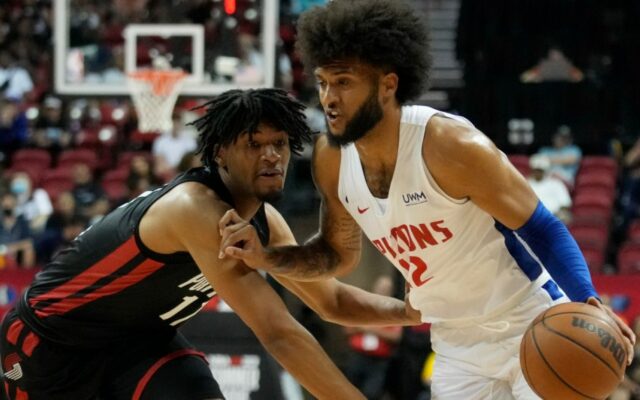 The Portland Trail Blazers have released the following statement regarding the injury of Shaedon Sharpe, the 7th overall selection in the 2022 NBA Draft.

PORTLAND, Ore. (July 20, 2022) – Trail Blazers guard Shaedon Sharpe underwent further evaluation of a small labral tear in his left shoulder, and it has been determined that surgery will not be required, the team announced today.

Sharpe will continue rehabilitation and is expected to be available for Fall training camp.

The injury occurred during Portland’s Summer League game against Detroit on Thursday, July 7.

Sharpe only played a few minutes in the opening game of Summer League before suffering the injury and being forced to watch the team’s championship run from the sidelines. Sharpe will look to find minutes during his rookie season in a backcourt that currently features Damian Lillard, Anfernee Simons, Gary Payton II, Josh Hart, Keon Johnson, and Brandon Williams.