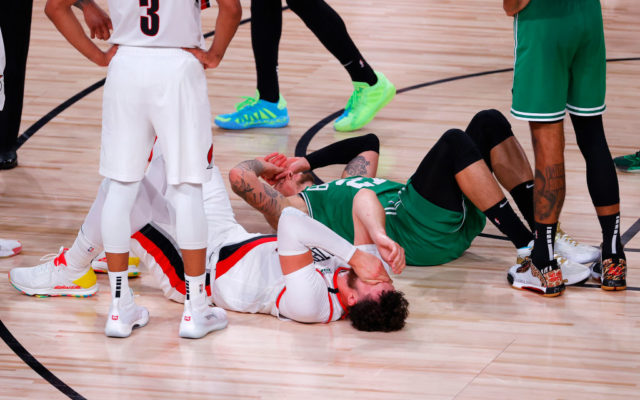 The Portland Trail Blazers were terrible in the first half, but they made up almost the entire deficit in the third quarter. The fourth quarter was back and forth, and Portland even led a handful of times but Boston won anyway 128-124.

Jusuf Nurkic was dominant at times, and almost single-handedly kept the Blazers in the game. Nurk finished with 30 points, nine rebounds and five assists.

Damian Lillard and CJ McCollum were practically invisible in the first half, where they combined to shoot 4/14 in the opening 30 minutes. Lillard scored 22 of his 30 in the second half, meanwhile McCollum finished with 17 points (13 in the second half).

The star off the bench was easily Gary Trent, Jr. As much talk as Anfernee Simons got before the season, Trent has taken the light for himself. He hit big shots to keep Portland lingering in the game. Trent hit seven threes to finish with 21 points.

Unfortunately for the Blazers, Jayson Tatum was in his bag on Sunday. Against Milwaukee on Friday, Tatum scored just five points. He had 17 before halftime on Sunday against Portland. Tatum finished with a game-high 34 points on 11/22 shooting, including 5/8 from three.

On Tuesday, Portland will face the Houston Rockets on TNT. Tip-off at 6 p.m. PT.