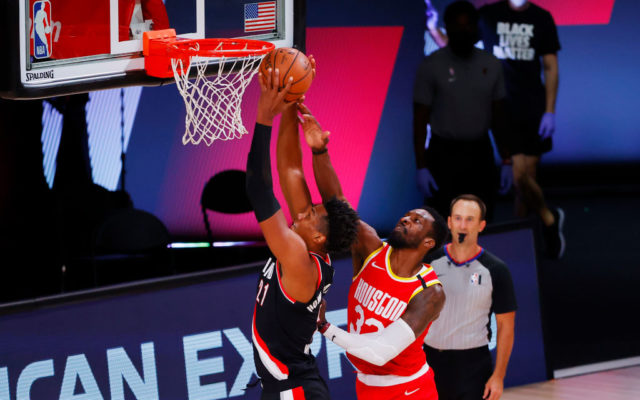 Hassan Whiteside is dealing with a left hip strain that leaves him “doubtful” for Portland’s Saturday morning matchup with the LA Clippers.

Since joining the bubble, and Jusuf Nurkic’s return, Whiteside is averaging just 16 minutes per game in Orlando. The now-backup center averaged just over 30 minutes a game before the season stopped.

He hasn’t scored in double figures or grabbed more than seven rebounds in a game since the NBA restarted. Whiteside averaged a double-double (15.6 points, 13.7 rebounds) during the regular season.

If Whiteside is out against the Clippers, we could see our first bubble-sighting of Wenyen Gabriel. The NBA rookie’s best scoring performance came against New Orleans when he scored 12 points in 14 minutes.