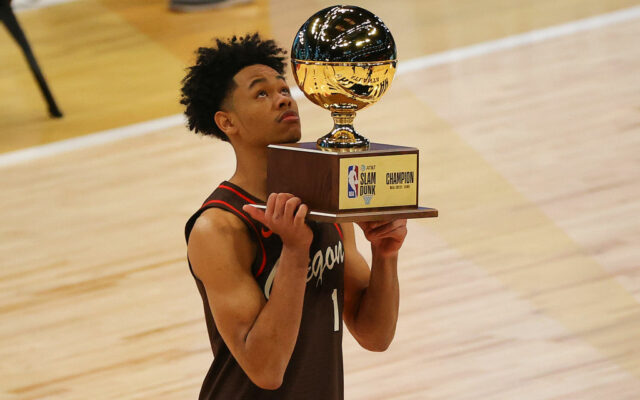 Anfernee Simons did something that no other Portland Trail Blazer has ever done. He won the NBA’s Slam Dunk Contest.

First, Simons had some props. He had an arena staffer put a suction cup-style stand on the backboard at the top of the painted square to hold the basketball 12-feet off the ground. Simons grabbed the ball and dunked it.

Finally, Simons nearly broke the internet. From the back, his dunk looked sort of pedestrian, but then the replay from the side showed he almost kissed the rim.

This year, the five judges watched both finalists — Obi Toppen and Simons — perform, and then after the dunks they all picked a winner.