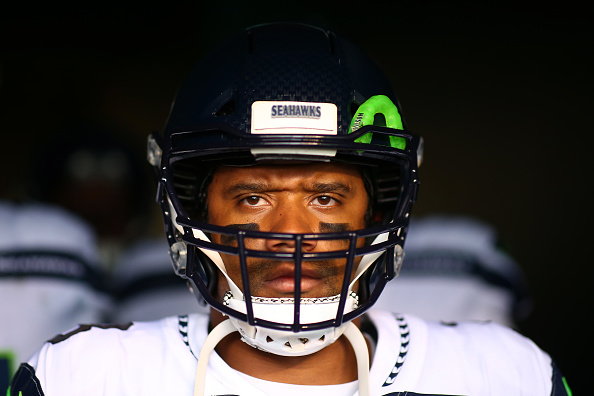 The NFL Playoffs have arrived, and it’s time to set the stage for this weekend’s Wild Card match-ups. Looking back over the last two seasons, underdogs are a perfect 8-0 against the spread on Wild Card weekend.

There’s another interesting stat to keep in mind when deciding which match-ups to wager on over the weekend. Quarterbacks making their first playoff start on Wild Card weekend are a dismal 8-28 (22.2%) straight up, and 10-26 (27.8%) ATS. As far as the Total in this situation, the Under is an impressive 27-15 (64.3%).

“Those numbers are STUNNING!”

You won’t want to miss these trends from @brentmusburger on QB’s making their playoff debuts before you place your Wild Card Weekend bets. pic.twitter.com/23SfYLjJZC

Looking at the games on tap this weekend, here are the quarterbacks making their first career playoff start:

Now let’s dive into each match-up:

Josh Allen is making his playoff debut on the road in Houston as a short underdog. Meanwhile, the Texans haven’t forgotten last season’s embarrassing 21-7 loss to the Colts on Wild Card weekend, and QB Deshaun Watson would love to get his first playoff victory of his career in front of his home fans.

Allen may be the weakest overall QB in a playoff field filled with elite talent, but his ability to make plays with his legs is what gives the Bills offense an extra weapon to pay attention to. Watson is also solid on the ground when the play breaks down, but the Bills have allowed the fewest yards per rush to opposing QB’s this season (2.8). Watson was also sacked an alarming 44 times this season, behind a shaky offensive line.

While the Bills have one of the league’s strongest defensive units, the Texans defense will be happy to welcome defensive end J.J. Watt (torn pectoral) back into the lineup. The other player to look out for in Houston is whether or not wide receiver Will Fuller will play on Saturday. Fuller suffered a hamstring injury early in the season and has been battling a groin injury as of late. When Fuller is on the field, Deshaun Watson’s passer rating soars from 89.8 to 104.3. His QBR also jumps from 64.4 to 77.3.

With the strength of the Bills defense, the return of J.J. Watt for the Texans, and the questionable status of Will Fuller, I would expect this game to be low scoring. Maybe the 39.5 number was a bit too low, but at 43.5 I do lean to the Under. The Texans have won ten games this season, but eight of those wins came by a TD or less (five of them by 3 points or less). I believe this game is close until the end, but the Texans are able to squeeze out a narrow victory at home against the young Josh Allen, and earn Watson his first career playoff victory.

This line is very interesting at first glance. All week we have been hearing “is the Patriots dynasty over?”. There was even a ticker counting down the hours until “The end of the Patriots dynasty” on the top right hand corner of the screen during this week’s segments of Speak for Yourself on Fox Sports 1.

I promise you New England will be prepared for this game, however I cannot promise that they will cover the spread based on what we have seen this season from that offense and how well the Titans have played as of late (winning 5 of their last 7 games). The line seems to be a reflection of what we all know to be true when it comes to Bill Belichick and Tom Brady at home in the playoffs — they simply get it done. However, this is a team that has lacked offensive weapons nearly all season, while being carried by a top-5 defensive unit.

Ryan Tannehill has resurrected this Titans franchise since taking over for the struggling Marcus Mariota. Tannehill is the first QB to lead the league in both passer rating and yards per attempt, since Matt Ryan did it during his MVP season in 2016. The Titans offense has also benefited greatly from the NFL’s leading rusher this season, Derrick Henry (1,540 yards and 16 TD’s). Finally, the emergence of rookie wide receiver A.J. Brown has helped elevate this offense to over 34 points per game in their final seven games.

Historically, Bill Belichick has caused major problems for average and inexperienced quarterbacks. Tannehill may be playing above average now, but he certainly isn’t on the level of Brady, Rodgers, Brees, Wilson and the other great QB’s in the league today. A.J. Brown will also have to deal with the best corner back in the league, Stephon Gilmore. On the other side, the Titans defense ranks 19th in success rate against the pass, which is the 3rd easiest opponent that New England’s offense has faced this season.

I’m expecting some new wrinkles from the Patriots offense, and a solid dose of James White catching passes out of the backfield. Tannehill will have one of his toughest test of the year on the road in Foxborough, and much of the Titans success on offense will come down to how productive Derrick Henry will be running the ball. I believe the Titans have the personnel to beat the Patriots and therefor I have to lean on the Titans +5. However, I cannot and will not bet against the Patriots to win at home in the playoffs until I have reason to do so.

Do you guys remember the last time these two played in the playoffs? Well, Saints fans certainly haven’t forgotten. Stefon Diggs solidified the “Minneapolis Miracle” in 2017-18 playoffs with one of the most insane finishes in playoff history. A walk-off touchdown pass from Keenum to Diggs ended the Saints season in heartbreaking fashion. New Orleans will have a chance at redemption this Sunday when they host the Vikings, but they have their sights set on much more than a Wild Card victory.

At first glance, I couldn’t believe this line and quite frankly I still think that it’s too many points. Especially for a Vikings team that is at full strength offensively for the first time since week 6. Minnesota will have Adam Thielen, Stefon Diggs, and Dalvin Cook all healthy and ready to go. Saints defensive back Eli Apple has also been ruled out of the game with an ankle injury.

The problem is that the Vikings have only beaten one playoff team this entire season, and that was the Eagles back in October (arguably the least deserving team in the field). They will also be without one of their defensive backs, Mackensie Alexander, the former Clemson Tiger. Minnesota’s secondary will definitely have their hands full against the Saints high powered passing attack which ranks 7th in yards and 2nd in passing TD’s (36). Michael Thomas broke Marvin Harrison’s single season receptions record this year, and we know he’s almost a guaranteed 8+ catches for 100+ yards every game.

As far as a side, I have to lean on the Vikings getting over a TD on the spread, but my favorite play may just be the Over. In addition to the Total jumping from 46 to 49.5 currently, the Vikings have averaged 32.4 points per game in their last five road games, while the Saints have scored 30 points or more in six of their eight home games this season. I also can’t help but think that maybe Drew Brees’ thumb injury could end up being a positive for him. Since he has only played in eleven games this season, one might believe that his arm is feeling fresh and stronger than it has in past years at this point in the season.

Of all the games this weekend, this one may be the match-up that produces the most exciting finish. I would even venture to say that this game is the most likely to go to overtime of any of the four games. You could probably get that prop bet at around 9/1 odds, just saying.

The key here to make sure we are monitoring the injury report before kick-off. Both of these teams are extremely banged up, and certainly no where near full strength. Philadelphia has been dealing with a hand full of injuries to their wide receiving corps as well as their offensive line. Offensive tackle Lane Johnson is officially questionable for the game, as well as tight end Zach Ertz. Wide receiver Nelson Agholor has been ruled out of the game due to a knee injury and not participating in practice this week.

Seattle has also been bugged by injuries to their offensive line, and also their running backs. The Seahawks lost Rashaad Penny to a bad ACL tear, and Chris Carson to a hip injury. Both of them were forced to miss the remainder of the season. In came a familiar face — Marshawn Lynch made a surprise return to the roster for their week 17 against San Francisco, just a couple weeks removed from serving tequila shots at the Raiders final home game in Oakland. The question is, how effective will Marshawn Lynch need to be in this game?

The great news for Seattle is that they have been one of the best teams on the road this season. The Seahawks are 7-1 away from Seattle, and 5-0 in the east coast time zone. Seattle already played at Philadelphia earlier in the season, and almost every sharp out there had picked the Eagles to win that game. The Eagles turned the ball over five times (3 fumbles, 2 INT’s), and Seattle won the game in a very low scoring affair, 17-9.

I expect this one to be low scoring once again, and a game that should be decided in the final five minutes of the 4th quarter. In typical Seahawks fashion, I predict a major turnover in the final quarter will be the difference. I also trust Super Bowl winning QB Russell Wilson more than I do Carson Wentz, making his first career playoff start. Wilson holds the record for the most wins by an NFL quarterback through seven seasons, and he is one of two quarterbacks in NFL history with a career passer rating over 100.