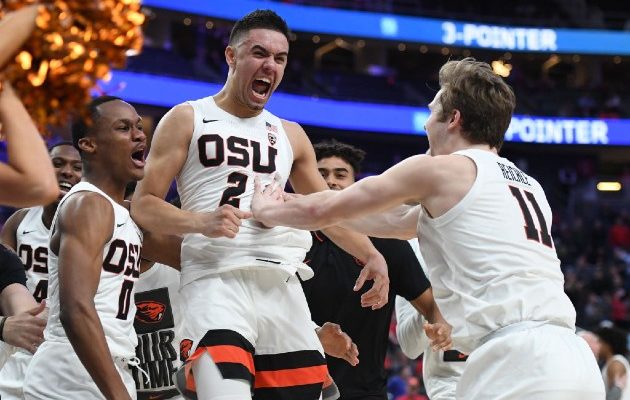 Plummer knocked down a Pac-12 Tournament record 11 three pointers, breaking Klay Thompson’s record of eight, en route to 35 points. The junior finished 12-of-17 from the field and 11-of-16 from deep.

While Plummer scored over half the Utes points, the Beavs were balanced.

However, the Beavs were able to get within three with 11 minutes left in the game.

The Beavers advance to the second round of the Pac-12 Men’s Tournament where they’ll face the Oregon Ducks on Thursday.