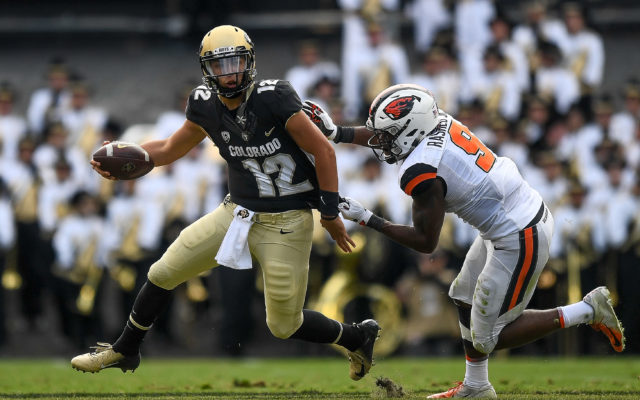 DALLAS – Oregon State redshirt senior linebacker Hamilcar Rashed Jr. and redshirt junior offensive lineman were recognized on national preseason watch lists on Tuesday. Rashed Jr., is on the watch list for the Nagurski Trophy, given annually to the nation’s defensive player of the year. Kipper, meanwhile, is on the Outland watch list, which recognizes the top interior lineman.

Rashed Jr. has been recognized on preseason watch lists for the Butkus and Bednarik Awards as well as the Lott IMPACT Trophy. He has also been selected as a preseason All-American by the Walter Camp Football Foundation, Phil Steele and The Sporting News.

Rashed Jr. led the nation with 22.5 tackles for loss in 2019 and placed tied for third with 14 sacks. Both totals also set Oregon State single-season records. He posted at least one TFL in each of his first 10 games, only one of three players nationally to accomplish that feat.

Rashed Jr., who has already graduated with a degree in public health, was selected as a First-Team All-American in 2019 by Sports Illustrated, The Athletic and Phil Steele. He was named to the second team by Walter Camp, CBS Sports, the Football Writers Association of America (FWAA) and the Associated Press.

He has 121 tackles over three seasons for the Beavers, including 35 tackles and 16.5 sacks. He ranks sixth in the Oregon State career record books for both TFLs and sacks.

The watch list for the Nagurski Trophy will be reduced to five finalists toward the end of the 2020 season.

Kipper, who will be in his third season at Oregon State in 2020, started all 12 games for the Beavers last year and was named All-Pac-12 Honorable Mention. He was a part of an Oregon State offensive line that helped pave the way for seven 100-yard rushing efforts by the team’s running backs. A psychology major, he was also on the Pac-12’s Fall Academic Honor Roll.

Kipper, a native of Caldwell, Idaho, has also been slated as a preseason All-Pac-12 Third Team selection by Phil Steele and Athlon Sports.

The recipient of the 75th Outland Trophy will be announced in early December. The official presentation to the winner will be made in Omaha, Neb., at the Outland Trophy Awards Dinner sponsored by Werner Enterprises and produced by the Greater Omaha Sports Committee, scheduled for Jan. 13, 2021.