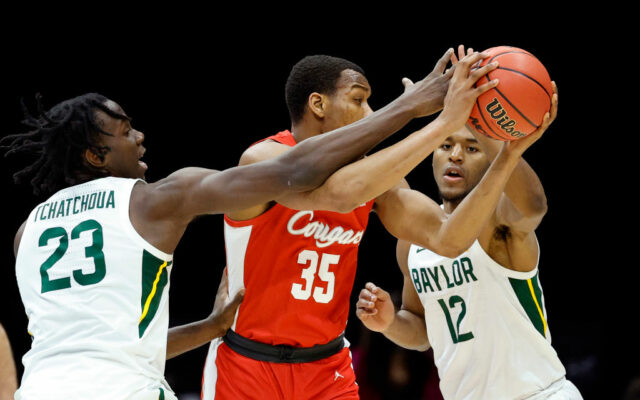 The Baylor Bears put Houston in a hole early and never let the Cougars dig themselves out. Baylor, the South Region champion, won 78-59 over Houston, the Midwest Region champion.

In the first half, Jared Butler scored all 17 of his points to put the Bears up by 25 (45-20) at the break. For the Cougars, Marcus Sasser did everything he could do, he had 17 of the Cougars 20 points.

Throughout the second half, Baylor was mostly able to cruise. Davion Mitchell collected a double-double, 12 points and 11 assists, which is the most assists in a Men’s Final Four since 2003.

Saturday’s win puts Baylor into their first Men’s National Championship Game since 1948, when the Bears lost to the Adolph Rupp led Kentucky Wildcats.

That 1948 title game was the first championship appearance for both Baylor and Kentucky.

The Bears will face the winner of No. 1 overall seed, and unbeaten, Gonzaga and No. 11 UCLA.