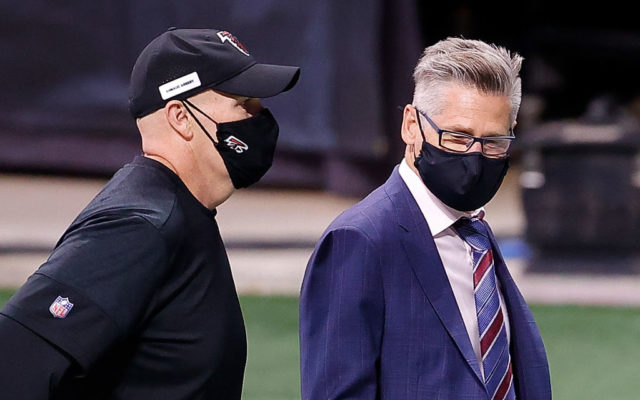 The Atlanta Falcons are just four years removed from appearing in Super Bowl 51, and now they need a new head coach and general manager.

Dan Quinn and Thomas Dimitroff’s team returned to the playoffs just once since the 28-3 debacle.

The Falcons started last year a disastrous 1-7 before winning six of their final eight games to save Quinn’s job.

Quinn survived longer than I thought he would. Some teams would have fired him after either of the embarrassing 2020 losses to Dallas or Chicago, especially when coupled with the two 7-9 seasons.

Quinn and Dimitroff both signed three-year extensions in 2018, running through 2022, and now both are jobless.

After Kyle Shanahan left for San Francisco, the Falcons have been subpar offensively. Somehow, even with Quinn’s defensive-background, Atlanta’s defense also got worse.

Don’t get it twisted though, Atlanta is full of talent. Granted, Matt Ryan isn’t playing well, but he has two studs out wide with Julio Jones and Calvin Ridley.

If the Falcons fall into the No. 1 pick of the 2021 NFL Draft, I could see them punting on Ryan for Clemson’s Trevor Lawrence.

Whoever gets the job as head coach, and GM for that matter, will have a decent roster to play around with as well as a pretty good first round pick because the Falcons are so bad this year.

Bieniemy has proven he is a fantastic offensive mind, and he deserves a shot as a head coach.