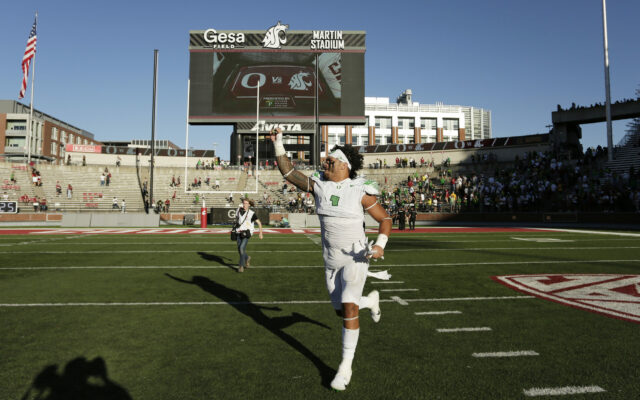 The AP Top-25 poll is out ahead of Week Five of the college football season.  The Oregon Ducks, following last week’s stunning comeback win at Washington State, climbed a couple spots, and are now No. 13 in the poll.

Oregon was No. 11 in the preseason AP Poll, dropped out of the poll after the season-opening loss to Georgia, got back to No. 25 after beating Eastern Washington, then up to No. 15 after the home victory over BYU prior to the win at WSU.

There are an additional three Pac-12 teams receiving votes for the AP Poll in Week Five, led by Washington State (31), then Oregon State (16) and UCLA (3).