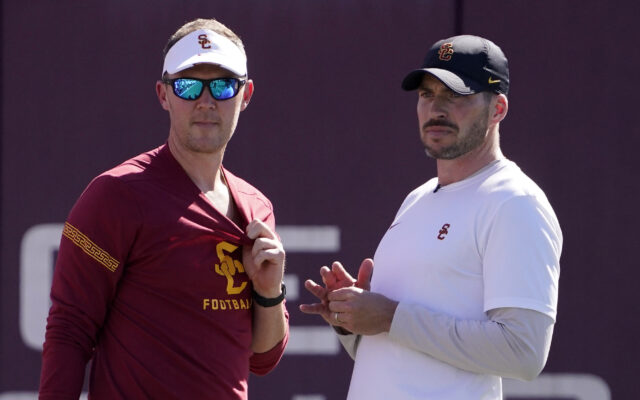 USC had a very good first season under Lincon Riley.  They were one win away from making the College Football Playoff.  Then ended the season ranked #12 in the AP Poll and had an 11-3 record.  Had the Heisman Trophy winning quarterback in Caleb Williams.  But there were some problems on the defensive side of the ball.  They ranked 101st in opponent yards per game.  104th in passing yards per game, 100th in yards per pass, and in the 100’s in a couple other passing categories.  Defensive coordinator, Alex Grinch, seemed to be on the hot seat after the Trojans loss to Tulane in the Cotton Bowl where the Trojans didn’t punt in the game and still lost 46-45.  Today according to Lincoln Riley himself, Alex Grinch will return to the Trojans next season.  With Caleb Williams coming back.  The defense is the big question for USC and if they can make a run at the CFP.