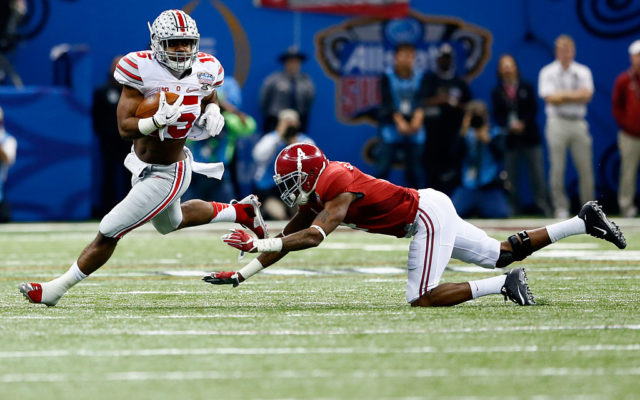 Bruce Feldman of FOX Sports and The Athletic broke the news of a future home-and-home series between two of college football’s premier programs, Alabama and Ohio State. The series is set to begin in 2027 when Alabama travels to Columbus, then the Buckeyes will make the trip to Tuscaloosa in 2028.

Huge home and home in CFB: #Alabama and #OhioState will meet in Columbus during the 2027 season with Ohio State returning the trip in 2028.

“The addition of Ohio State to our future non-conference schedule shows the commitment our program and administration has to creating the best possible games for our players and fans.” – Alabama HC Nick Saban

The Crimson Tide hold a 3-1 head to head record with the Buckeyes. However, Ohio State won the last meeting between the two schools in the 2015 CFB Playoff Semi-Final. Ohio State went on to defeat Oregon 42-20 in the national championship that season.