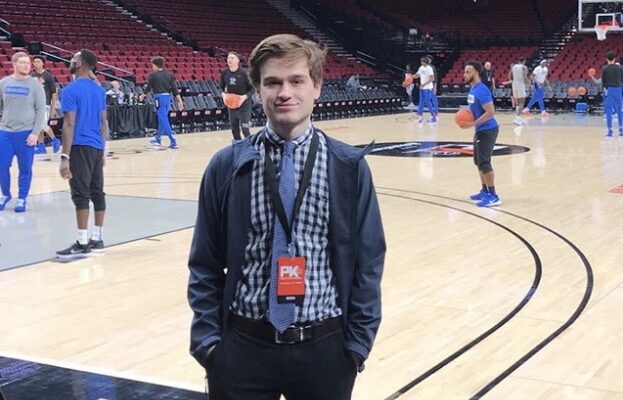 Adam Susman is a content editor/producer at 750 The Game

Adam Susman is an update anchor, content editor, producer, and on-air talent for 750 The Game. He is the studio engineer for Portland Timbers play-by-play broadcasts on The Game, and co-hosts the state of Oregon’s only local sports betting show “Bet The Game” with Judah Newby, airing Saturdays. He also works as a producer for the Bald Faced Truth with John Canzano (Weekdays 3-6 p.m.), screening callers during live segments, creating web and social media content, and editing/producing the BFT podcast. You can often hear Adam on his updates on The Pulse with Peter Sampson (Weekdays 6-7 p.m.). When he’s away from 750 The Game you can hear Adam on play-by-play for every home game for University of Portland men’s soccer.

Adam joined Alpha Media in May 2021 after graduating from the University of Oregon with a journalism degree. Adam spent three years with the student radio station, KWVA 88.1 FM. As an upperclassman he became a director of the station where he managed a staff, hosted radio shows, and broadcasted major UO sporting events from Oregon soccer to football and everything in-between. Adam played hockey at Oregon his freshman year and worked internally for Oregon Football as a sophomore.

Adam ultimately aspires to be a soccer broadcaster and host his own radio show.