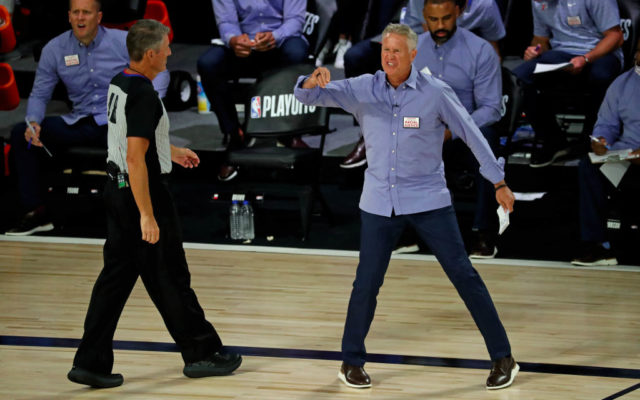 The Philadelphia 76ers failed to reach the NBA Finals for another season, and it cost Brett Brown his job.

Brown’s dismissal is expected to be a precursor for more upheaval with the 76ers, whose senior leadership – including general manager Elton Brand — will begin exploring changes in the front office structure, sources said. https://t.co/iQtX3EGO9t

Last season, the Sixers lost to the eventual NBA Champion Toronto Raptors in the Eastern Conference Semis. This year, Philly was swept from the first round by Boston.

Brown was never able to deliver on the “Process” of former general manager Sam Hinkie.

The 76ers are expected to go through a full coaching search, and ESPN’s Adrian Wojnarowski says former Cleveland coach Ty Lue is expected to be one of the candidates.

The Sixers will run a coaching search and talk to multiple candidates, but the interest in Clippers assistant Ty Lue is expected to be mutual, sources said. The Sixers cornerstone talent and resources are intriguing to candidates, including Lue. https://t.co/zsFgutqSCG