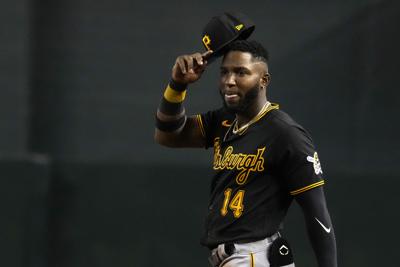 Pirates 23 year old infielder, Rodolfo Castro, has been suspended for one game and fine for violating Major League Baseball’s policy on electronic devices.  Castro had just been called up by the Pirates earlier in the day from Triple A Indianpolis.

Rodolfo Castro has been suspended for one game and fined for violating MLB's electronic device policy https://t.co/6p0Vt8FjW8

“I don’t think there’s any professional ballplayer that would ever go out there with any intentions of taking a cellphone,” Castro told reporters through an interpreter. “It’s horrible it happened to me. Obviously, it was very unintentional.”

This was a first for Major League Baseball where a phone has fallen out of someone’s pocket during the game.  Castro is hitting .239 with 2 home runs and 5 rbi on the season.